The Cover of Revolutionary....

There's the old saying, I know: you can't judge a book by...

BUT.
There are books I pick up, and books I let sit, and sometimes that is based on the cover.  (That said, there are books that have terrible covers that I love nonetheless.  And sometimes covers I once didn't like will grow on me in a thoroughly irrational way.  Perhaps there's a future blog post out there about covers I love, covers I loathe, and covers I've been converted to.)

I am THRILLED with the cover of my first novel, Revolutionary.  So many thanks and so much admiration to the design folks at Simon & Schuster.

Check it out... when the cover is closed: 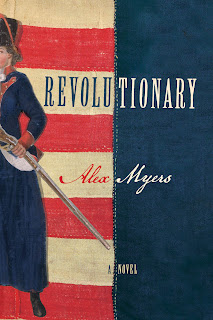 And when the cover is open: 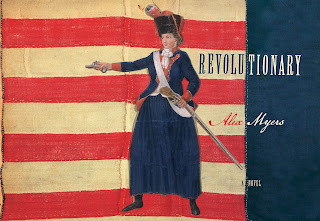 Okay.  This is going to be a gush.  So bear with me.  The things I love about this cover...
Alright.  Clearly I'm a fan.  I just hope it's something that makes you want to pick it up and give it a try.

Want to pre-order my first novel? It is available at these delightful online retailers:
Amazon
Barnes and Noble
IndieBound
and through the Apple iStore.